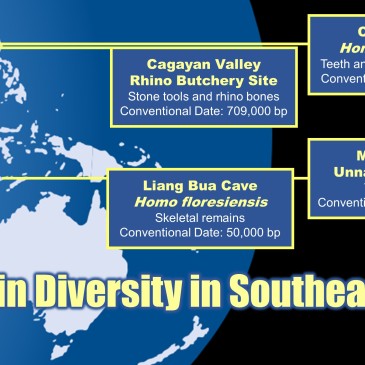 Southeast Asia has long been a location of great interest in the study of fossil hominins.  The remains of the famous “Java man” were discovered at a site called Trinil in Java, Indonesia in 1891.  Additional fossils were discovered at the nearby site of Sangiran, where the unusual geology preserved the remains of many ancient … END_OF_DOCUMENT_TOKEN_TO_BE_REPLACED